Jared Leto. What can I say? The man is everything. He’s a total rock star, award winning film star, goofball, total badass, AND HE’S VEGAN. I can’t even deal with his amount of awesomeness. He’s not just my February crush…but my FOREVER crush!!! 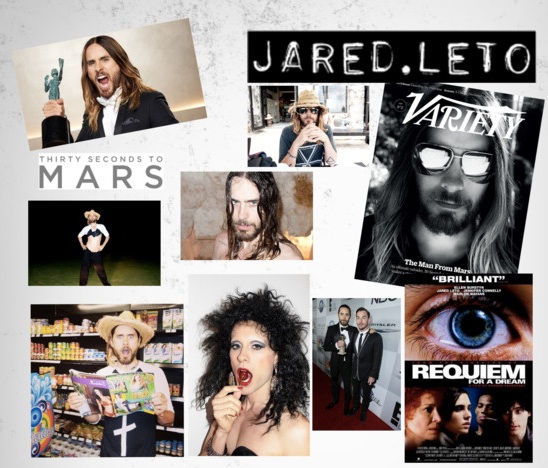 If you haven’t seen Dallas Buyers Club, put it on your list of things to do this week!! Jared delivers one of the most stunning performances I’ve ever seen. You never would even know that was him!! Also, major props for not making a film for six years and then coming back with a killer role like this one!

And then there’s this….so yeah…

Make sure to read his interview with Variety and watch this awesome video by W Mag!